A few months ago, Apple has updated its developer portal webpage by letting the developers know the current distribution such as the market share for different iOS version and also the App Review status for both iOS and Mac. This is a great update from Apple as the iOS developers do not have to guess the real distribution of the iOS versions again by collecting sample and statistics. 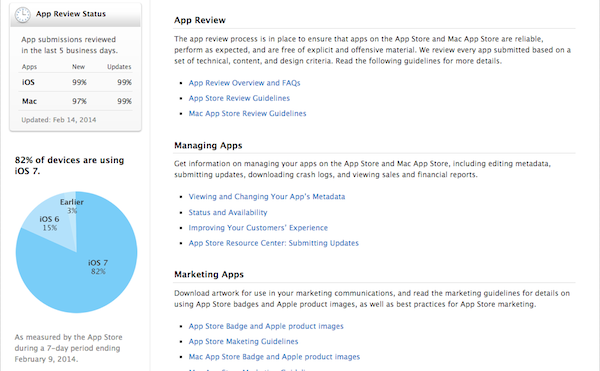 Mobile Application development companies or developers now know that there are at least 82% of the entire iOS ecosystem is using iOS 7 since 9 Feb 2014. They could make the key decision not to spend time in optimizing the older version iOS such as iOS 6 and below.

For me, the current project that I handled, I already dropped the support for iOS 6 and below.