To wrap up the First month of 2015, I am going to share the continuous development for the Watch Over Me app.

The last update that I wrote related to my company’s mobile app was back on March 2014. The version was Watch Over Me (WOM) 3.0. It seems to be a long time ago. There has been a lot of changes and we have gone through many new iterations. We have skipped the version 4.0 in order to synch version between the Android and also the iOS app. We have introduced new features in both Version 5.0 and 6.0. In this article, I will make a quick share on my experience on developing the WOM app from Version 3.0 to Version 6.0. 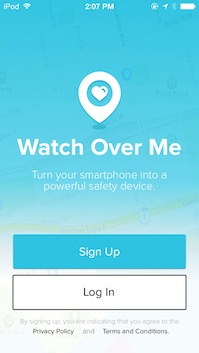 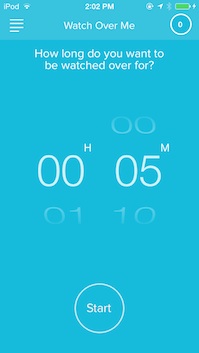 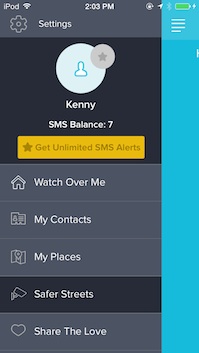 Before WOM 5.0, I don’t have too much experience and knowledge in Auto Layout. During the time I was developing some cool new features in WOM 5, Apple has announced the new XCode 6 Beta with a new programming language – Swift during the WWDC 2014. In addition to that, Apple actually gave some hints that the future iPhones will have new screen sizes (which turned out to be iPhone 6 and 6 plus).

The new XCode 6 also has a lot of improvements related to the Auto Layout on Storyboard. The improvement is necessary to make sure that the iOS developers can easily optimize for the new iPhone/iPad screen sizes in the future.

I was actually quite excited that Apple has made the AutoLayout so much easy to use. We had our internal discussion in our company and I convinced my boss that we need to spend time in converting the existing non-autolayout supported project to become a fully auto layout supported project. After gaining his permission and I used about 3 weeks of time to complete the AutoLayout conversion (It was not an easy task!).

It turned out that our decision was right. When Apple released the new iPhone 6 and 6 Plus, for me to optimise for the new screen sizes was almost effortlessly. 🙂 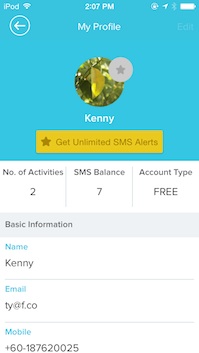 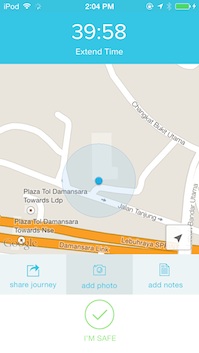 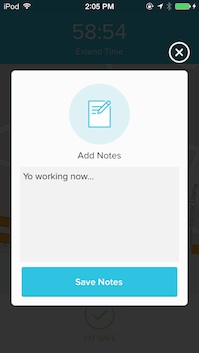 Supporting the autolayout on Watch Over Me 5.0 – 5.1 was the major improvement. We also have added a couple more features on the mobile app such as :-

– Split Testing on the Sign Up Screen
There are 2 different designs on the Sign Up Screen. Each of the user will only see 1 design. We split test the design to know which design actually will convert the download to become a sign up user. We have been using Mixpanel and also the Google Analytics for the data analytics. This Split Testing was added into the tracking as well.

– Optimisation for iOS 8.0
Without a doubt, optimising the code to support the iOS 8.0 was important as well. There are some new permissions needed in iOS in order to gain the device’s location in the background for iOS 8. 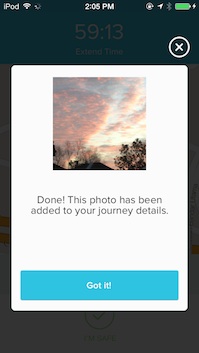 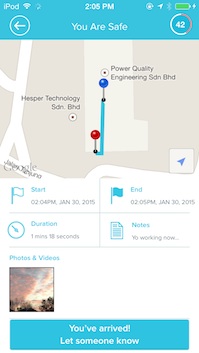 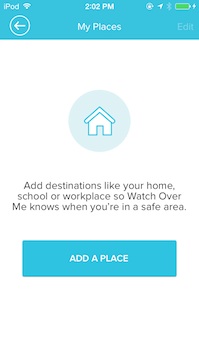 Watch Over Me Version 6.0

The major thing for WOM 6.0 was a total new design on the User Interface. The designer has made the design so much cleaner. I actually love this clean design in WOM 6 way more than any other version of WOM.

We also introduced a new feature calls “The Safety Level“. Safety Level is a feature that encourages the users to make the full use of Watch Over Me app. The user can keep track on his/her progress of using the WOM. Eg: If a user has added 1 contact, then the Safety level is at 20%.

If the user wants to achieve the 100% safety level, the user has to add more contacts, invite the emergency contacts to download the app so that they can watch over each other, add some places (safe zones). With the 100% Safety Level, the user will feel more safe when he/she is using the app.

To encourage users to use Watch Over Me more often, we have simplified the user categories and also removed a lot of restrictions. Eg: Before WOM 6, the Lite user could only launch an event with at most 20 minutes. We have removed this limitation. The only difference between the normal users (Free) and the paid user (Premium) is the SMS. Since SMS notification will cost quite a bit of money, only the Premium users can get unlimited SMS and the free user will get 7 SMS.

There were some further optimisations for iOS 8, iPhone 6 and 6 Plus for this version. On this version, CocoaPods is being used more often now. I have added some of the third party libraries/frameworks on XCode using Cocoapod rather than manually adding them. It is to make sure that any new iOS developer (who wants to continue my project in the future) is able to get the initial configuration on getting the project up and running at the shortest time. 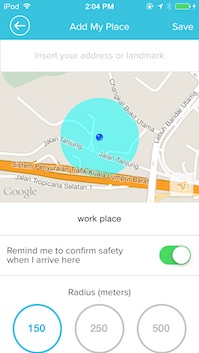 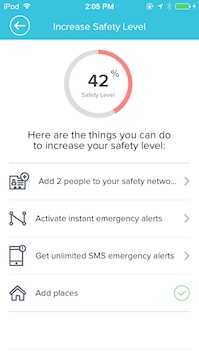 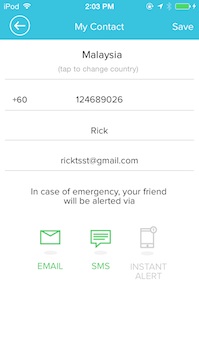 Watch Over Me – Future Version

We will be launching a new feature calls the Safer Streets soon. Moving forward, the Watch Over Me Team will be focusing on the Big Data.

Watch Over Me is a safety app, especially for women. The app will let the users know that which streets are safe based on the statistics from the local government. When a user is nearby a crime prone area, the app will notify the user. The user might want to use Watch Over me when he/she is nearby that area.

There are some challenges to implement the Safer Streets. First of all, the app has to get the user’s location all the time (No matter if the app is active, in the background or in the suspended state). Secondly, when a user is launching the Watch Over Me event, the GPS coordinates of the user has to be sending to the Watch Over Me server every 1 minute.